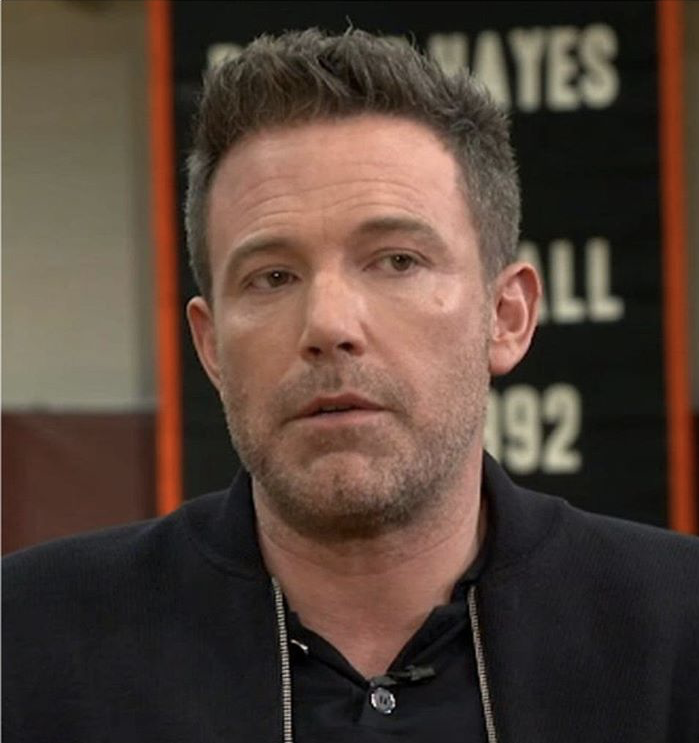 As he filmed his new movie about about an alcoholic basketball coach, Ben Affleck got an assist from former Boston Celtics star Chris Herren.

Both men have struggled with addiction and have discussed their recoveries. Herren has been sober for over a decade and now runs a treatment facility in Seekonk, Massachusetts, while Affleck was actually in rehab when director Gavin O’Connor was preparing the film, “The Way Back.”

“The whole thing almost came to a screeching halt,” O’Connor said. “So him getting out just as we started shooting, he was incredibly raw.”

The movie stars Affleck as a former high school basketball star who is asked to return to his now-struggling team as coach. But behind closed doors, he’s an alcoholic — an addiction that Affleck has publicly struggled with.

Ben Affleck was open and honest when paparazzi stopped him the morning after he got off track on his sobriety at an Oct. 26 Halloween party. “It happens, just a slip, but I’m not going to let it derail me,” the 47-year-old actor shared.

Affleck had researched Herren, his friend, as he prepared for the role: “Not that I needed to find out about becoming a recovering alcoholic — more how his prospects in sports. He was the brightest star and how addiction derailed that and what affect that had on him.”

O’Connor brought Herren in to help Affleck, and at the movie star’s house, they talked about recovery and the movie.

“The reality of this is we get calls every day from people who aren’t making movies … and we show up,” Herren said.

Now, all three men are hoping others are inspired by the story of addiction and recovery they all helped make in “The Way Back.”