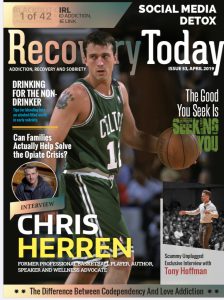 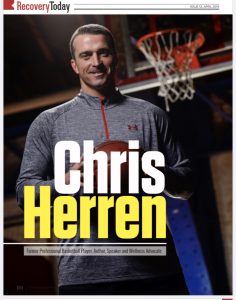 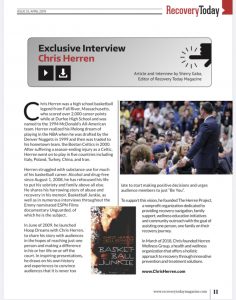 Chris Herren was a high school basketball legend from Fall River, Massachusetts, who scored over 2,000 career points while at Durfee High School and was named to the 1994 McDonald’s All-American team. Herren realized his lifelong dream of playing in the NBA when he was drafted by the Denver Nuggets in 1999 and then was traded to his hometown team, the Boston Celtics in 2000. After suffering a season-ending injury as a Celtic, Herren went on to play in five countries including Italy, Poland, Turkey, China, and Iran.

Herren struggled with substance use for much of his basketball career. Alcohol and drug-free since August 1, 2008, he has refocused his life to put his sobriety and family above all else. He shares his harrowing story of abuse and recovery in his memoir, Basketball Junkie, as well as in numerous interviews throughout the Emmy nominated ESPN Films documentary Unguarded, of which he is the subject.

In June of 2009, he launched Hoop Dreams with Chris Herren, to share his story with audiences in the hopes of reaching just one person and making a difference in his or her life on or off the court. In inspiring presentations, he draws on his own history and experiences to convince audiences that it is never too late to start making positive decisions and urges audience members to just “Be You”.

To support this vision, he founded The Herren Project, a nonprofit organization dedicated to providing recovery navigation, family support, wellness education initiatives and community outreach with the goal of assisting one person, one family on their recovery journey.

In March of 2018, Chris founded Herren Wellness Group, a health and wellness organization that offers a holistic approach to recovery through innovative prevention and treatment solutions